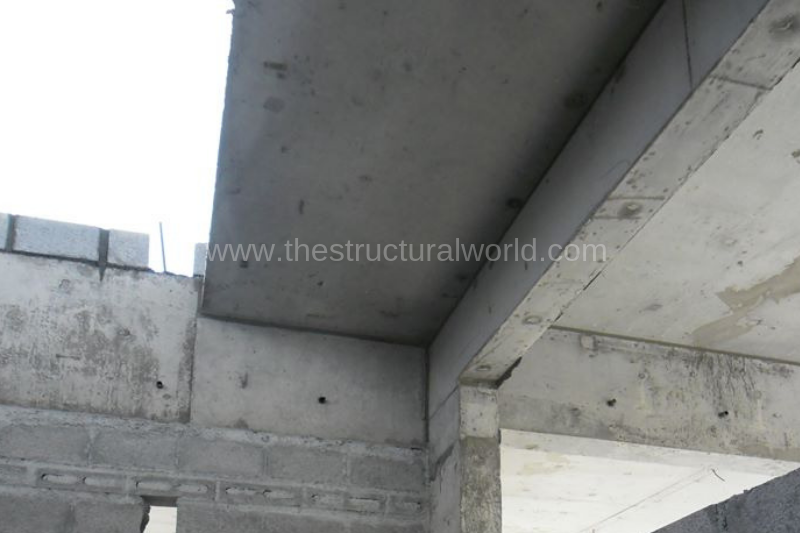 Throughout the course of time, structural concrete may undergo wear and tear, which may cause cracking, stresses or deflections that will affect the in-service behavior of the reinforced concrete structures. This time-dependent phenomenon in concrete that we observed is called the creep and shrinkage. These circumstances are already part of the life cycle of a structure that should be taken into consideration in the design. But before doing so, it is important to understand the difference between the two, to be able to come up with a favorable design.

Creep is the gradual increase in a strain of a structural member which is subjected to certain loading over a period of time. When the concrete is loaded in compression, an elastic strain develops as shown in figure A. If this load remains on the member, creep strain developed with time.The main factors affecting creep strain are the concrete strength and mixture, the type of aggregate, curing, the relative humidity and the duration of the sustained loading. 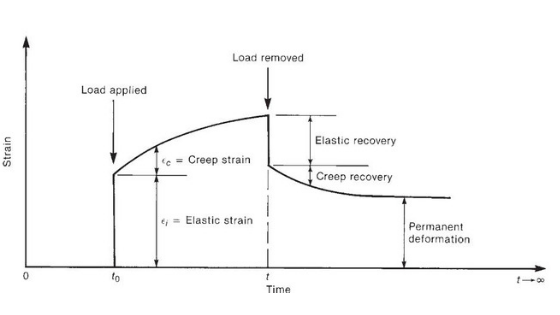 The values from creep strain are used in the deflection calculation. According to BS8110: Part 2 section 7.3, the creep strain in concrete, Єcc can be predicted from:

Shrinkage is the contraction that occurs in concrete when it dries and hardens due to moisture content evaporation. The amount of shrinkage increases with time as shown in figure B. The aggregate contents present in concrete are the most important factors influencing shrinkage. This is because the larger the aggregate, the lower is the shrinkage and the higher is the aggregate content, the lower the water-cement ratio and workability are. A decrease in ambient humidity also increases shrinkage. 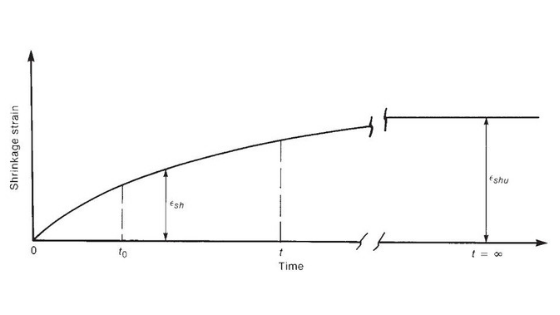 Figure B: Shrinkage Diagram of an Unloaded Specimen

On the other hand, Shrinkage has been discussed in BS8110: Part 2, section 7.4. The values obtained from the shrinkage strain are used in the deflection calculation. An estimate of the shrinkage of the symmetrically reinforced concrete section may be obtained from:

Note: The above formula are based on BS8110, ACI had a different approach on obtaining the values of creep and shrinkage strain.

Tell us your thoughts! Leave your comments below and feel free to share this article. You can also subscribe to our newsletter and follow us on our social media pages.