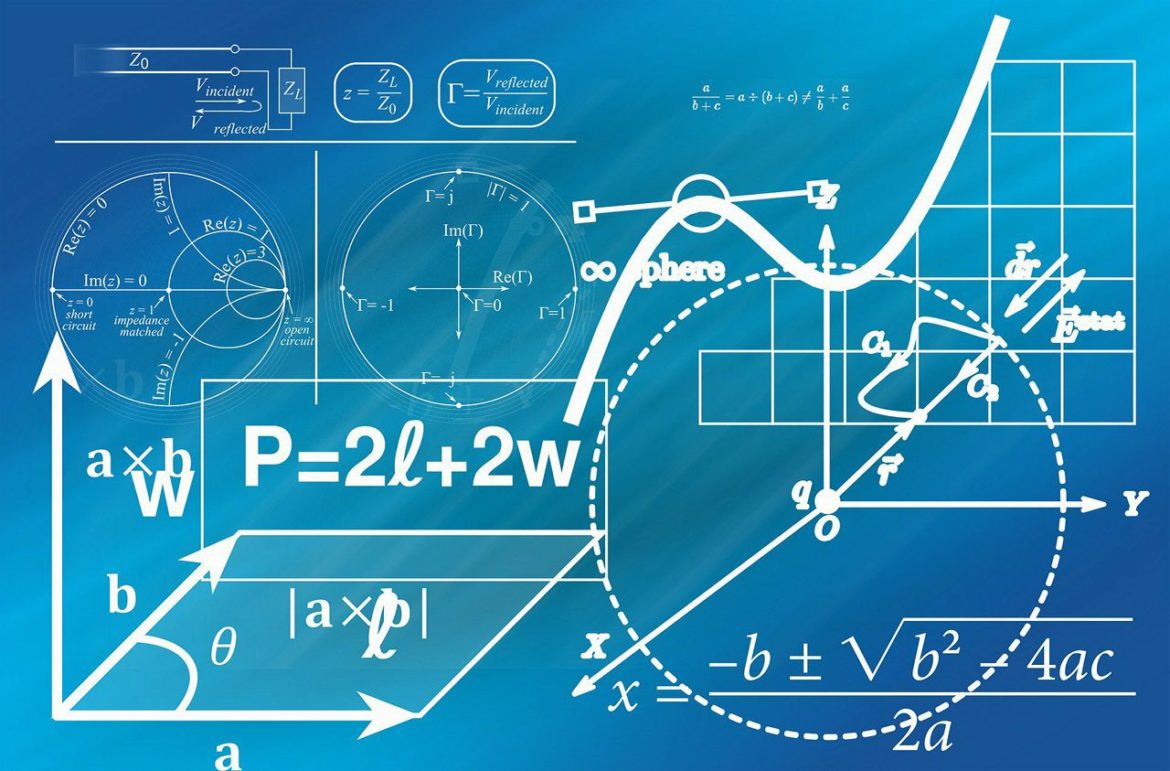 After establishing the design loads of the proposed project, the next thing to consider is to determine the appropriate design load combinations. Generally, load combination is composed of individual loads, i.e. dead load superimposed dead loads and live loads that are combined together to come up for a strength design and allowable stress design. By the ASCE7-10 (section 1.2.1) code definition, strength design is the product of the nominal strength and a resistance factor while the allowable stress design is composed of computed forces produced in the member by factored loads that shall not exceed the member design strength.

Before we proceed into the lists of load combinations, let us take a look at the following symbols used:

LOAD COMBINATIONS according to ASCE7-10

According to ASCE7-10 section 2.3.2, buildings and other structures, components, and foundation shall be designed so that their design strength equals or exceeds the effects of the factored loads in the following combinations. These are also known as ultimate load combinations:

*Usually, D can be taken as the dead load in addition to the superimposed dead load (D+SDL) and we can omit the loads that we are not using. Like for example, if we don’t have a snow load on our area, of course, it is acceptable not to consider it in our load combinations.

According to ASCE7-10 section, 2.4 combining nominal loads using allowable stress design are as follows. This is also known as service load combinations.

LOAD COMBINATIONS according to UBC-97

According to UBC-97 section 1612 (1612.2.2.1) Basic Load Combinations is as follows where strength design is used, structures and all portions thereof shall resist the most critical effects from the following factored load combinations or the ultimate load combinations:

f2= 0.7 for roof configurations (such as saw tooth) that do not shed off the structure)

= 0.2 for other roof configurations.

Special Seismic Load Combinations has to consider as well for both allowable stress design and strength design in accordance to UBC-97 section 1612.4 as follows:

In accordance with UBC-97 Section 1630 (1630.1.1) Structures shall be designed for ground motion producing the structural response and seismic forces in any horizontal direction. The following earthquake loads shall be used in the load combinations set forth in section 1612.

ρ = Redundancy factor, usually taken as 1.0 and by the formula: 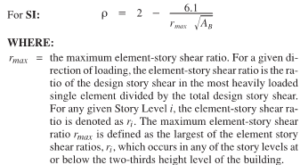 Eh=the earthquake load due to base shear, V.

Ev= ±0.5CaID to the dead load effect, D, for Strength Design, and may be taken as zero for Allowable Stress Design

Ωo= seismic amplication factor as specified on TABLE 16-N below: 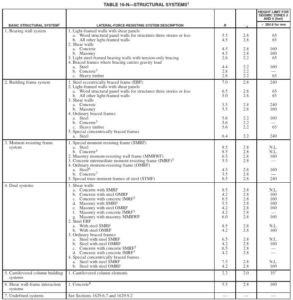 Wind drift can be check as per load combinations specified in the ASCE7-10 commentary (CC-3) as:

The above load combinations are based on ASCE7-10 and UBC-97. The IBC code has also a recommended load and load combinations, grab your copy here.  The uses of these codes are depending on the approved standard set by the authority having the jurisdiction in your location.

What do you think of the above this article? Tell us your thoughts! Leave your message in the comment section below. Feel free to share this article, subscribe to our newsletter and follow us on our social media pages.