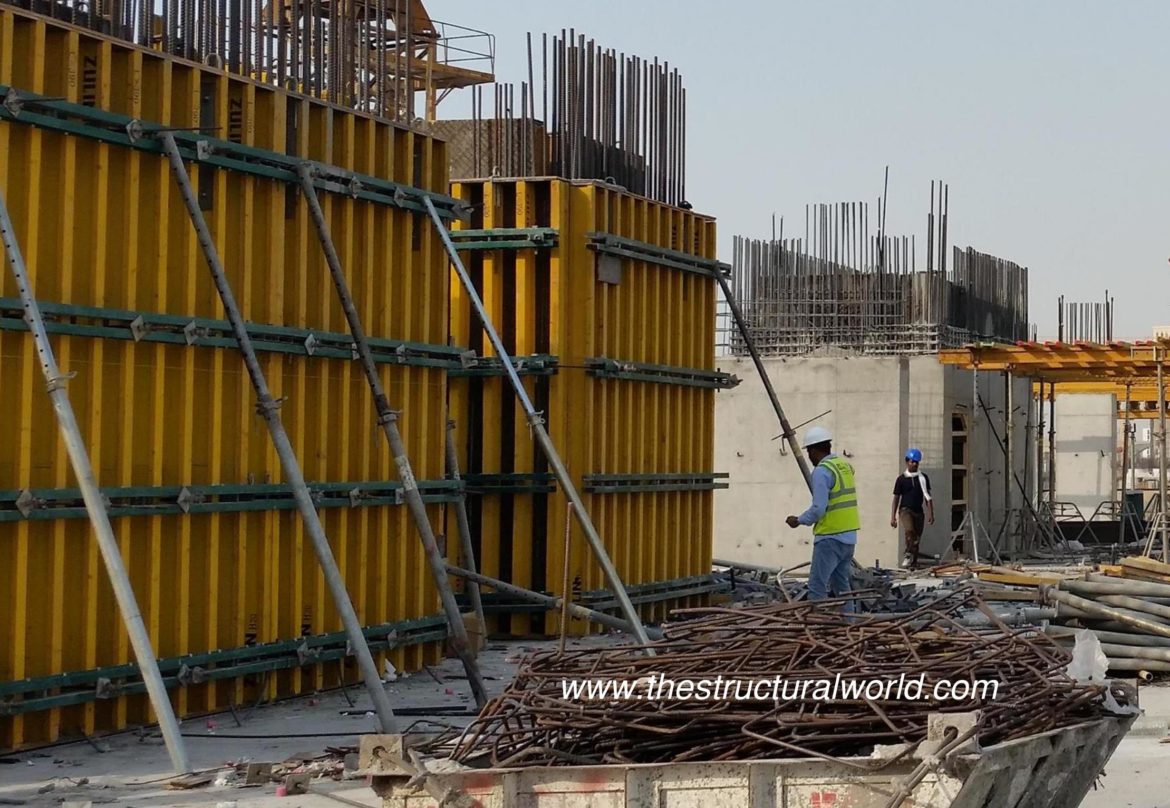 DIAPHRAGM is horizontal or nearly horizontal system acting to transmit lateral forces to the vertical resisting elements. The term “diaphragm” includes horizontal bracing systems. There are two popular types of diaphragm namely rigid diaphragm and semi-rigid Diaphragm. The RIGID DIAPHRAGM can rotate and it can translate, but cannot deform. The lateral forces will be distributed & redistributed at the subsequent levels based upon the relative stiffness of all the members resisting lateral loads at each level. When applied in software, the beam in the lateral system had no axial force. The SEMI-RIGID DIAPHRAGM used mainly for defines the wind load and give the building the ability to behave as its actual behavior.

The behavior of horizontal diaphragms is comparable or similar to the behavior of a simply supported, uniformly loaded deep beam as shown in the shearwall below. 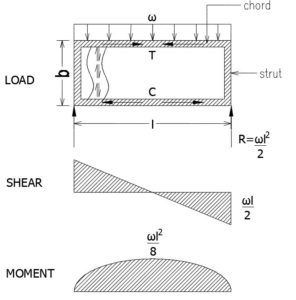 The diaphragm resists the bending moment through perimeter elements known as chords.

Internal shear is carried by the slabs.

The Behavior of Horizontal Diaphragms in Buildings: 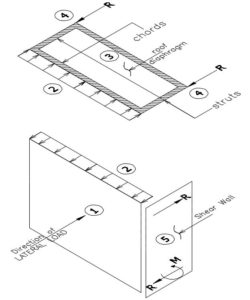 With reference to the figure above, the following description is provided as a review of the basic behavior of a simple shear wall building in response to a lateral load. The elements marked with numbers corresponding to the behavior of the diaphragm in action due to the application of the lateral loads. By which states as follows:

We would love to hear from you. Feel free to share your thoughts and leave your comment below. You can also subscribe also to our newsletter for any updates. Sharing is caring! So don’t hesitate to share this article, I am sure someone out there might need this knowledge.