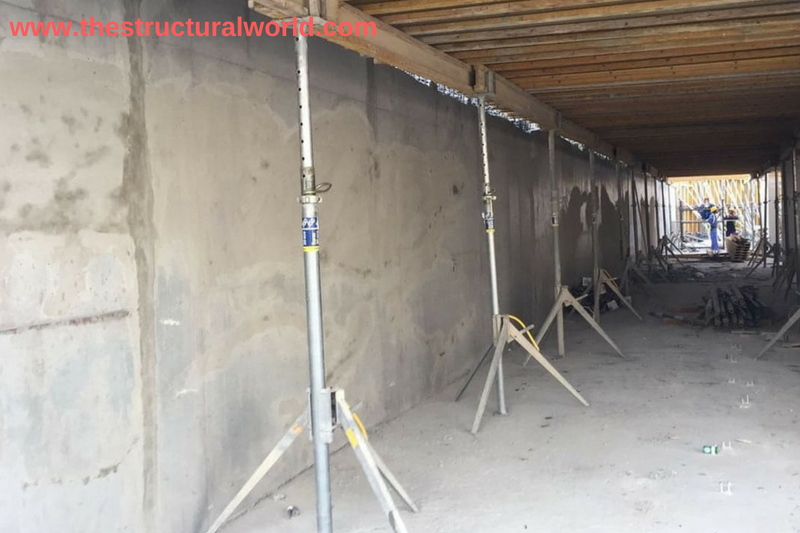 A retaining wall is provided when there is a need to support an excavated area or a lower area of at least 1 or 1.2 meters or more from an elevated part of the soil. It is the type of structure use to resist the lateral pressure caused by the soil. These are often found in the basement part of a building structure. When using as integral to basement walls, they are often used as a support for floor diaphragm and a return wall which make them too stiff for active soil pressure to develop requiring higher design loads and a different design approach. To go further, it is important to understand that the retaining wall should be designed according to the following mode of failures: 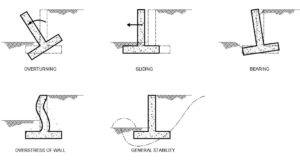 Aside from the self-weight, weight of soil and weight due to the water it carries, the lateral soil pressure on the walls also needs to take into considerations. The distribution of pressure P is equal to the area under the pressure distribution figure, and its line of action passes through the centroid of the pressure.  In computing earth pressure on walls, three common conditions of loading are mostly considered. They are the following:

1. The Horizontal Surface of Fill at the Top of the Wall 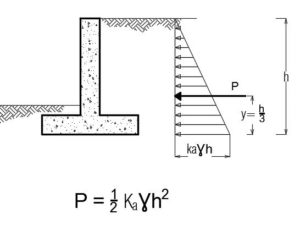 A surcharge is a Horizontal surface of fill carrying a uniformly distributed additional load due to a nearby neighbor or road traffic. The pressure caused by surcharge can be computed by converting its load equivalent, an imaginary height of soil h’ above the top of the wall expressed as h=s/ɣ. 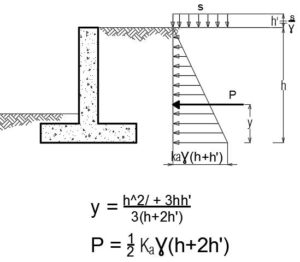 3. The Inclined Surface of Fill Sloping up and back from Top of the Wall 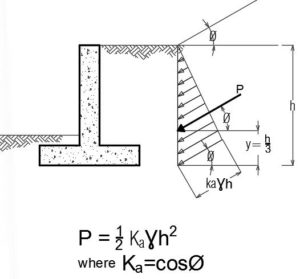 Referring to the parameters above:

To further understand the above retaining wall design approach, a working example of the design of the retaining wall will be publishing soon. So stay tuned by subscribing to our newsletter and follows us on our social media pages on the icons below to be updated with the latest posts.

Some of the inputs above were based on Design of Concrete Structure, 13th Edition by Nilson Darwin Dolan. What do you think about the above article? Feel free to comment down on the below form for your thoughts!